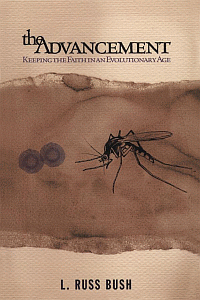 The new features of the modern worldview (natural historical development and inevitable progress) are not necessarily two absolutely distinct ideas. They are usually seen more as a blend, and it is precisely this blend that lies behind modern secular thought. In order to see the impact this blend of ideas has made, it will be helpful to contrast the modern secular and naturalistic worldview that had arisen by the late twentieth century with the idea blend (the worldview) which (in the West, at least) has been secularism’s primary rival. This long-standing alternative includes the following ideas: (1) stability in nature, (2) spiritual warfare, and (3) historical change initiated by divine intervention.

The Advancement unapologetically presents the biblical solution as the only satisfactory worldview for modern life in contrast to the naturalistic worldview that dominates thought today.

A unique Christian Apologetic approaching Darwinian naturalism from a history-of-ideas perspective. The author argues that progress and advancement are better metaphors to characterize the late twentieth century and early twenty-first century than the term post-modern. The illusion of spiritual progress is now no more true than it was during the Enlightenment of the eighteenth century.